Instead of writing our top 10 albums of the year, we've decided to write a 'top 10 things of the year' list. I'd like to say that this is because we couldn't possibly narrow it down to 10 albums, but in reality, it's because our favourites records of this year were released last year. So, in no particular order, here are our ten favourite things of 2010: 1. Swn Festival 2010 Not only because we had a Barely Regal-curated stage at Dempseys this year, but also thanks to the amazing bands that played this year. Particular highlights were Truckers of Husk at Clwb, Perfume Genius at Chapter Arts, and Lucky Delucci at Undertone. Of course Kutosis, Right Hand Left Hand, Samoans and Yucatan were favourites too. Swn keeps getting better each year, so I'm already looking forward to who they book for 2011. 2. Perfume Genius 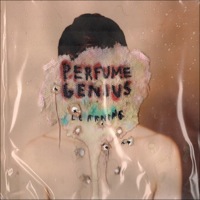 I love it when a band or artist seems to appear from nowhere, and then amazes everybody. His performance at Swn was probably one of my favourite shows of the year, and his album 'Learning' (out on Turnstile) hasn't left my CD player since I bought it. 3. Sufjan going electronic 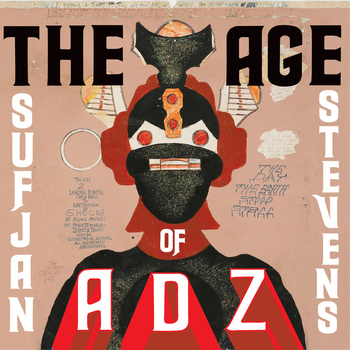 Ok, so maybe not as controversial as Dylan going electric, but it was still a surprise to me. Although his EP and album were both impressive, I can't stop watching this video of him performing 'Too Much' on Jimmy Fallon; mainly because it's hilarious. Click for link. 4. Surfer Blood at Clwb 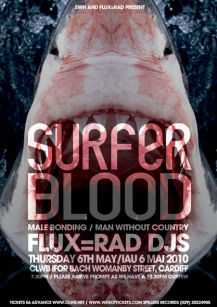 I didn't really know what to expect before going to the show. I'd heard a few songs and that they were young, but it was one my favourite gigs this year. Man Without Country supporting was a bonus too. If anyone hasn't listened to Astro Coast yet, I URGE YOU TO DO SO. 5. Barely Regal/Flux=Rad Christmas Party Also known as Regal=Rad. I would have preferred Barely Rad, but that's bad self promotion. Despite having never put on a gig at Undertone before, it went better than we could have hoped. It was nice to have so many friends playing the same show and getting into the Christmas spirit. There were mince pies, but I'm pretty sure I ate them all. 6. Among Brothers

Not in a "they're so awesome" way - I have to point out that we're both in this band, so this is more on a personal level! It took what felt like forever to get the songs from the practice room into the live setting, but we finally did it this year. Thanks to Vito for asking us to support them on their album launch show in Clwb, and also thanks to everyone else who has put us on throughout the year. We also went into the studio with Charlie Francis to record our debut EP this year (which is due out on 24 January 2011). Recording went pretty well - it was probably the most fun 7 people can have in a room. Legally. 7. Algernon Cadwallader 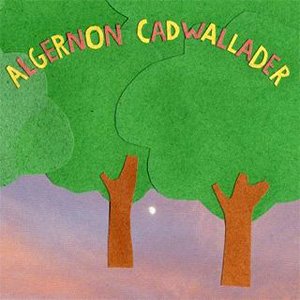 We both stumbled across this band late 2009, but their LP 'Some Kind of Cadwallader' has absolutely dominated our iPods/mp3 players over the past 12 months. I know they've played in the UK before, but we missed them. Next time they're here, we'll do everything (read: anything) we can to see them. 8. Too many good local releases to list It seems like a bit of a cop-out to put this as one point, but if we separated each of the great releases into their own, we'd be writing a top 243135 list. Or something. We've discovered a lot of new bands we weren't aware of, and also listened to releases from some of our favourite Cardiff bands this year. It's great to see so much good new music coming out of Cardiff, and importantly, people outside of Wales are starting to take note. Instead of listing releases, if you Google 'BBC Introducing Wales', 'Turnstile', 'See Monkey Do Monkey' etc - you'll get the idea. 9. Cutting and sticking 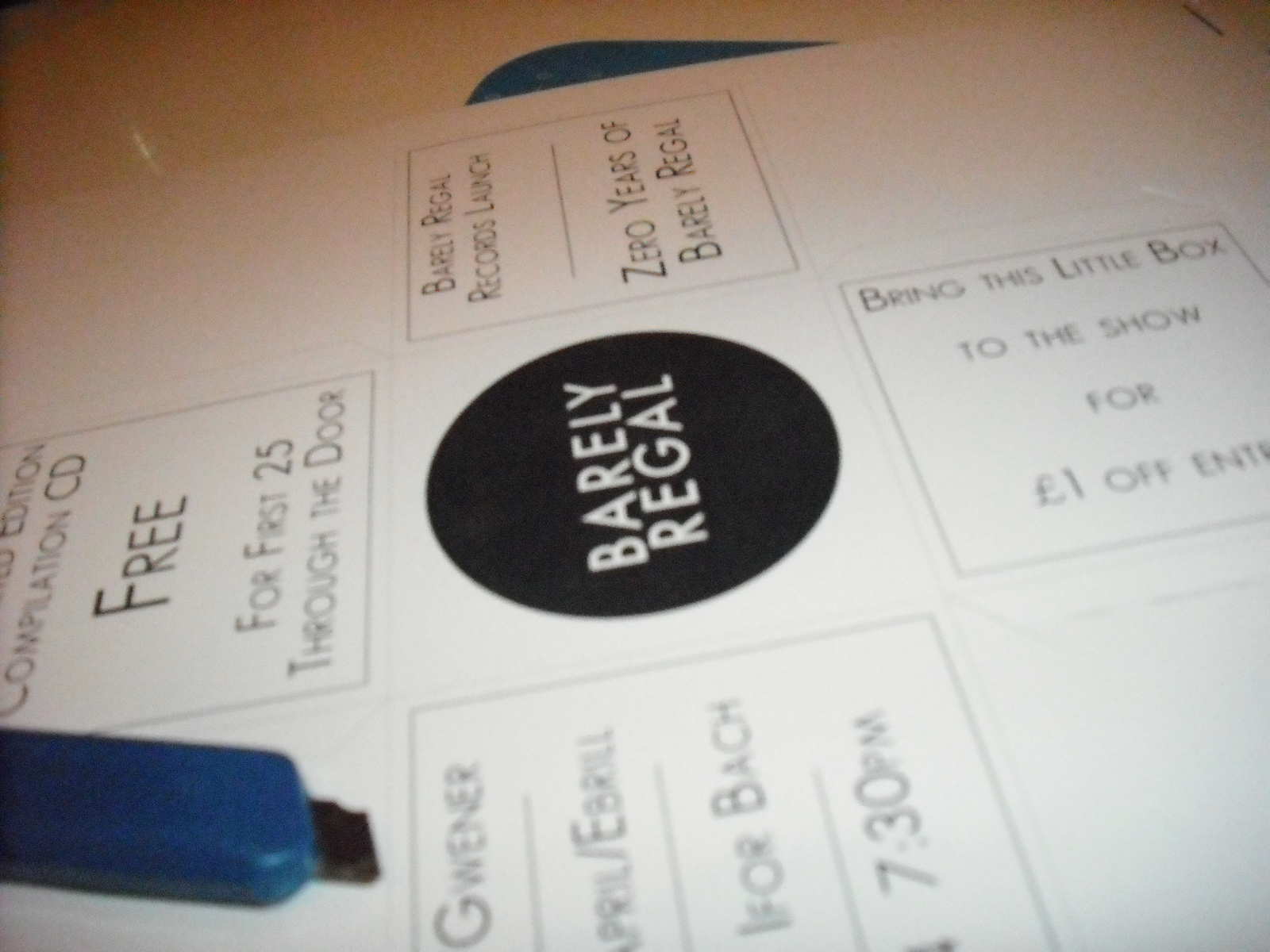 Yes, cutting and sticking - rediscovering our favourite infant-school activity and cutting things out, then glueing them. I had no idea first time around that it would later become such an important skill. We've spent hours and hours of our lives this year cutting out bits of card and sticking them together - mostly to form three-dimensional flyers and CD sleeves. Collectively we've been given a craft knife set and an A2 cutting board for Christmas, which will facilitate our early-onset RSI next year. Brilliant. 10. Actually doing things This mostly refers to the graduation of Barely Regal from a blog to a functioning record label (with actual releases) this year. Ok, so technically we've only had 2 (...ok, 1 actual) releases, but we've got three in the pipeline for early 2011. Both the Zero Years of Barely Regal and How Swn Is Now? compilations have led us to discovering new music and meeting people that we might not have done otherwise. Everyone involved has been really supportive from the outset, so we couldn't have asked for more on that front. Here's to 2011.