...but we're going to try anyway. First of all, apologies for not updating the blog for around 6 (okay, 8 ) weeks.  For the most part, we were recovering from RSI - thanks to all those cubes, and also mailing out copies of the Zero Years compilation! Big thanks to those who have bought a copy so far. If any of you want to get your hands on the limited edition CD, we've still got some left. The launch night in Clwb went shockingly well. Samoans absolutely slayed; we couldn't have asked for a better opening band. Hopefully they'll be featuring in many Barely Regal-related shows to come. Theo was the surprise package of the evening - I'm sure he won over quite a few fans after that performance. It was good to see him play in Cardiff again, let alone a Barely Regal show. The headliners of the night were Man Without Country, who were simply amazing.  Thanks to everyone who came down, thanks to those who bought a copy of the compilation on the night, and special thanks to the bands that played.  Extra-special thanks to Samoans, who let us use their box of merch as a beer cooler. Sorry if you bought a super-cold t-shirt. 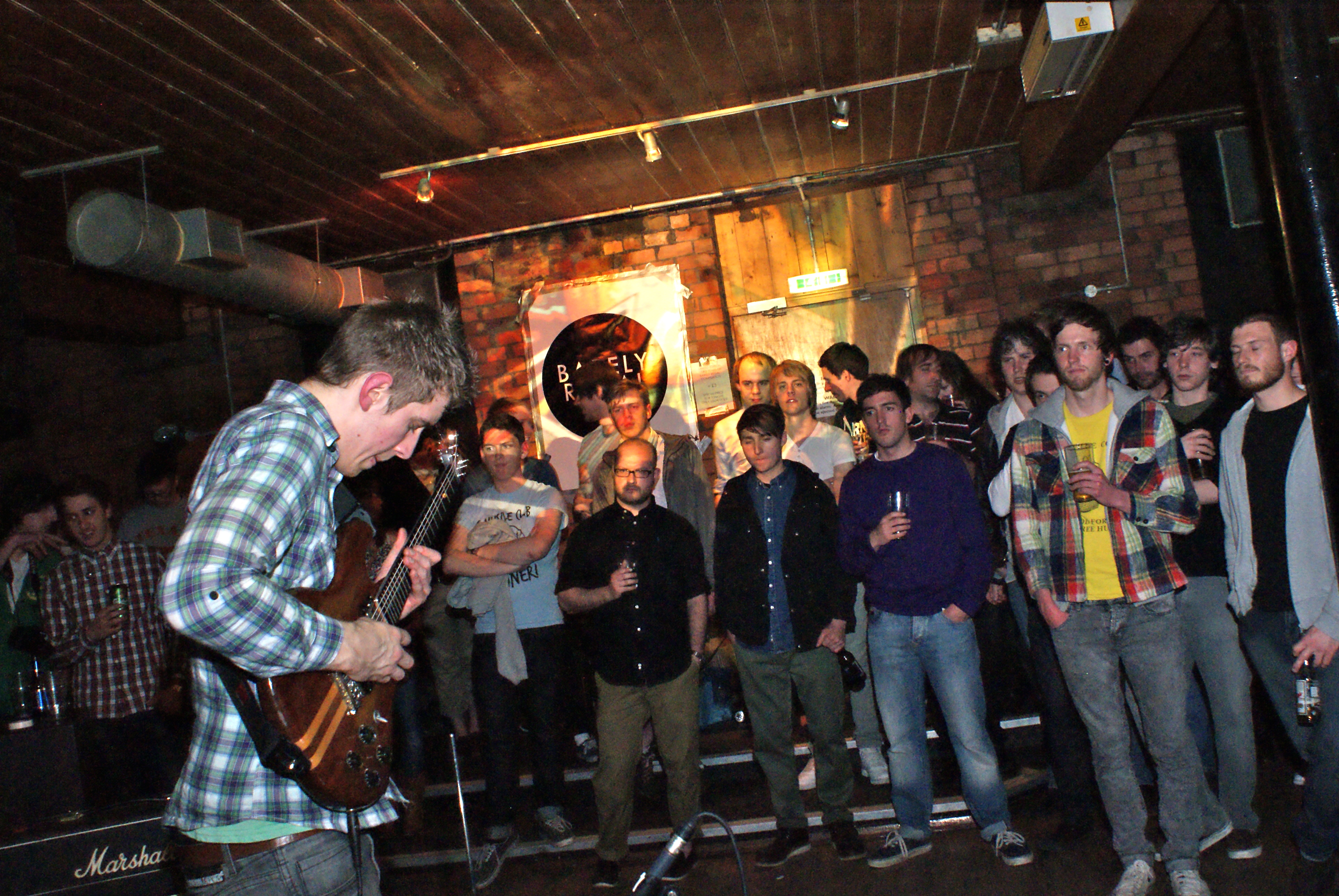 Don't take our obviously biased, rose-tinted words as gospel though, check out some reviews of the launch and compilation: The Joy Collective - launch night The Joy Collective - compilation Journal of Plastik Basement Fever Wales Online Miniature Music Press Fingers Become Thumbs More of those later... The last month has been ridiculously busy for us both - Matt being on tour with Goodtime Boys, Isaac moving house (and Barely Regal HQ), both of us immersing ourselves in the all-day Among Brothers practices, and a billion-and-one prospective Barely Regal projects . We'll be posting about each project in due course... We've been kindly asked to curate an evening at Cardiff Arts Institute in conjunction with their No Sweat night on Wednesday 16th June.  We're proud to say that Alexander Comana (of Among Brothers) will be playing his solo material there. Very excited about that! It's his second ever show (not among his regular brothers). It'll set you back the grand amount of £0 - entirely in keeping with our compilation title also. We've written too much already, so we'll leave it there for now. We promise to update far more regularly in future! This post is the very first blog post co-written by the two of us, so hopefully more of that in future too.