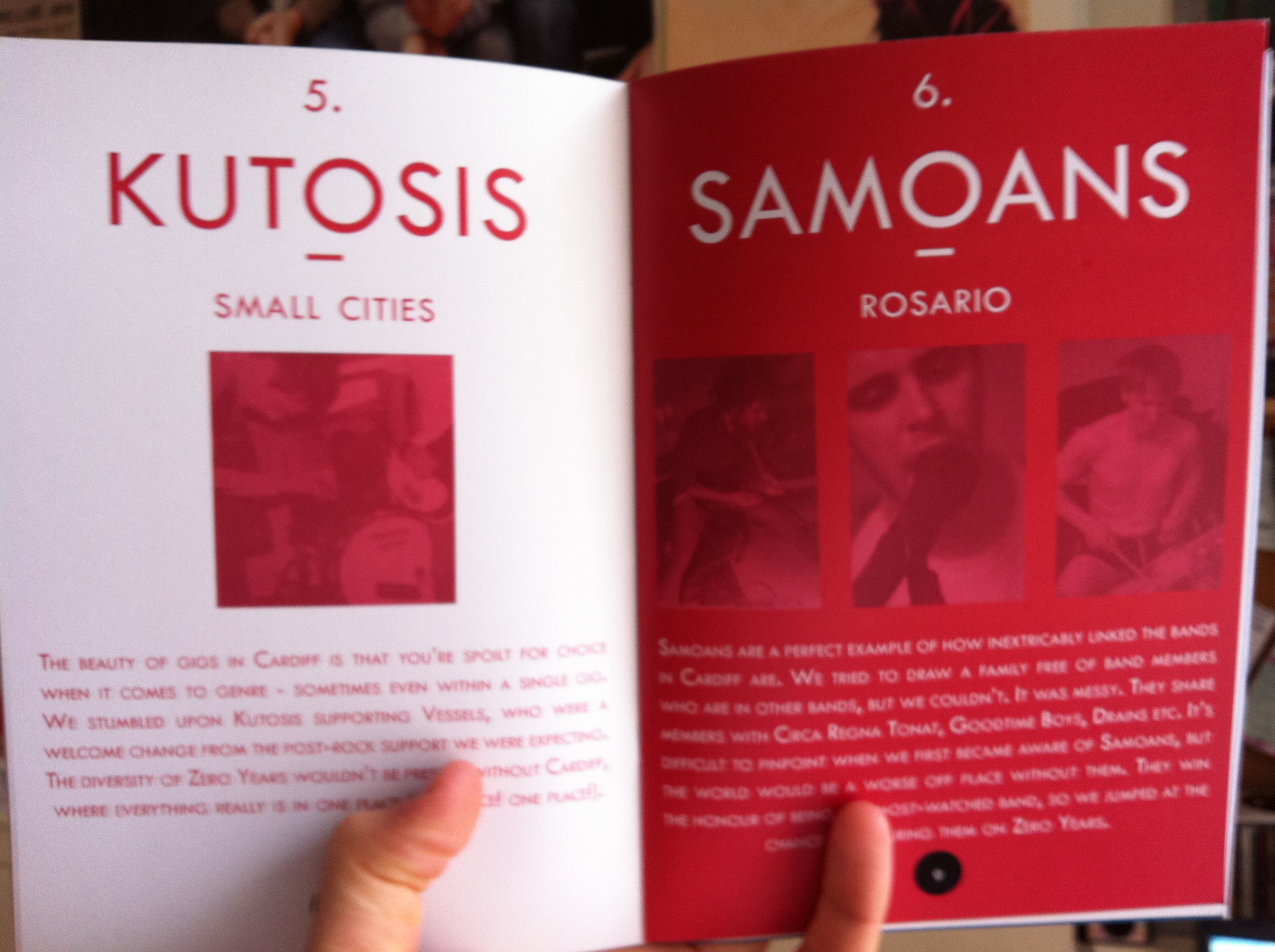 While you'd be forgiven for thinking there was a typo in the title of this post (a friend pointed out to me recently that my own bloody name was spelt wrong on the Among Brothers facebook page), the photo above should make it pretty clear that it was an intentional (hi-larious) play on words. As we mentioned in a previous post, we've been chained to our laptops the last couple of weeks booking a tour for two of our favourite bands from the Welsh capital, Samoans and Kutosis, which after a few late nights and exciting email interchanges has finally come to fruition. Thanks to the help of some good friends and lovely promoters around the country, this is where the lads will be between the 11th and 20th of November:

Aside from being a good excuse to catch up with friends around the country (including the excellent Without Maps, who Samoans played with back in June), this little ten day jaunt is all in the good name of promoting the release of Kutosis' debut album, 'Fanatical Love'. This means they'll not only have copies for sale (including limited edition double disc versions), but they'll be playing a big chunk of new tracks live for the first time. In case you're not already excited by the prospect of hearing them play new material live, here's a good example of why you should be:

It's a pretty strange coincidence that Kutosis and Samoans ended up (almost at random) on facing pages in our first ever release, and now 18 months or so down the line we've booked a co-headline for them both. I might start mining the rest of 'Zero Years...' for more joint tour ideas...Goodtime Boys/Among Bro's co-headline tour in 2012 anyone?