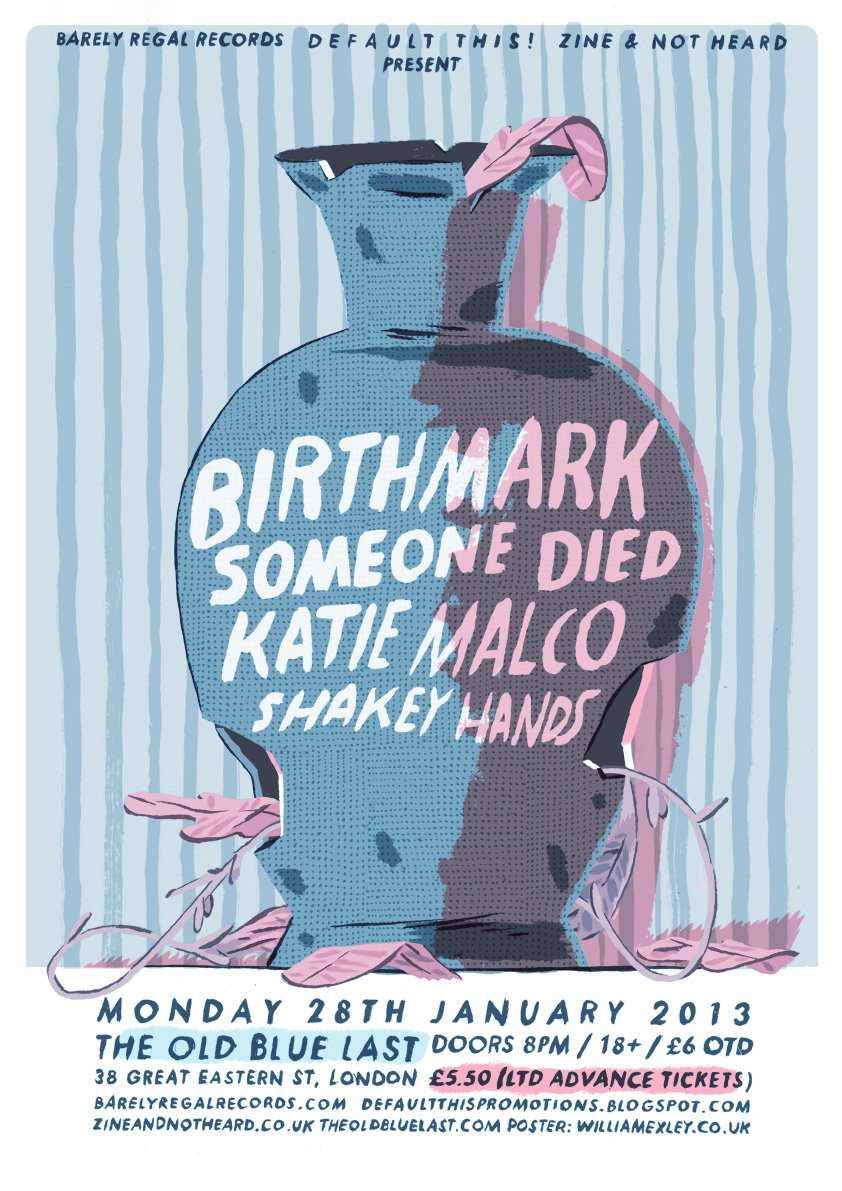 As the beautiful poster above would suggest, we have indeed made good on the promise from our last blog post that we're going to get back on promoting shows in 2013. In keeping with our increasingly hectic release schedule for the year, we have plenty more shows in the pipeline than we’re able to announce as of yet (like some kind of administrative iceberg) but already have two shows to treat you to in the next few weeks. If you’re a London resident that is. If you’re not a London resident then hurry up and move down already so we can hang out more. First up, we’re stoked to welcome back the excellent 1994! to London for their first UK show since their tour with Algernon Cadwallader a few years back (facebook event here). We’re putting them on with Feliciano at The Old Blue Last on the 22nd January, with support from Silent Front, Bloody Mammals, and Sky:Lark. A veritable smorgasbord of riffs, culminating in a peak of scrappy emo joy, this show should be nothing short of all of the fun - although in the unlikely circumstances that you find yourself having only some of the fun, feel free to ask for your money back. Oh no wait, you can’t, because it’s a FREE SHOW. Should’ve probably mentioned that before really shouldn’t I? Secondly, as the poster above has already given away, we’re putting on Nate Kinsella (aka Birthmark) on the 28th January, again at The Old Blue Last (facebook event here). Sadly, he won’t be joined by Tim Kinsella (who he’s touring Japan with at the moment), or This Town Needs Guns (who he’s touring with in Europe at the end of the month) BUT he will be joined by a bunch of fucking excellent solo acts, namely Alan from Tangled Hair (Someone Died), Shakey Hands (ex-Switzerland), and Katie Malco, which we've assembled for the occasion. A pretty pleasant way to break in the way week, if we do say so ourselves. Oh, and on top of that we should probably mention that Among Brothers WILL be sharing a stage this weekend with This Town Needs Guns at...guess where...for the latter's album launch. Tickets are sold out, but if you didn't managed to get your hands on one and do fancy going then keep your eyes peeled on the facebook event for people selling tickets (it's a Sunday, so let's be honest, at least SOMEONE is going to wake up too hungover to go). At some point we'll go to a show that isn't at The Old Blue Last. Clearly January is not the month where that is going to happen. See you in the pit.