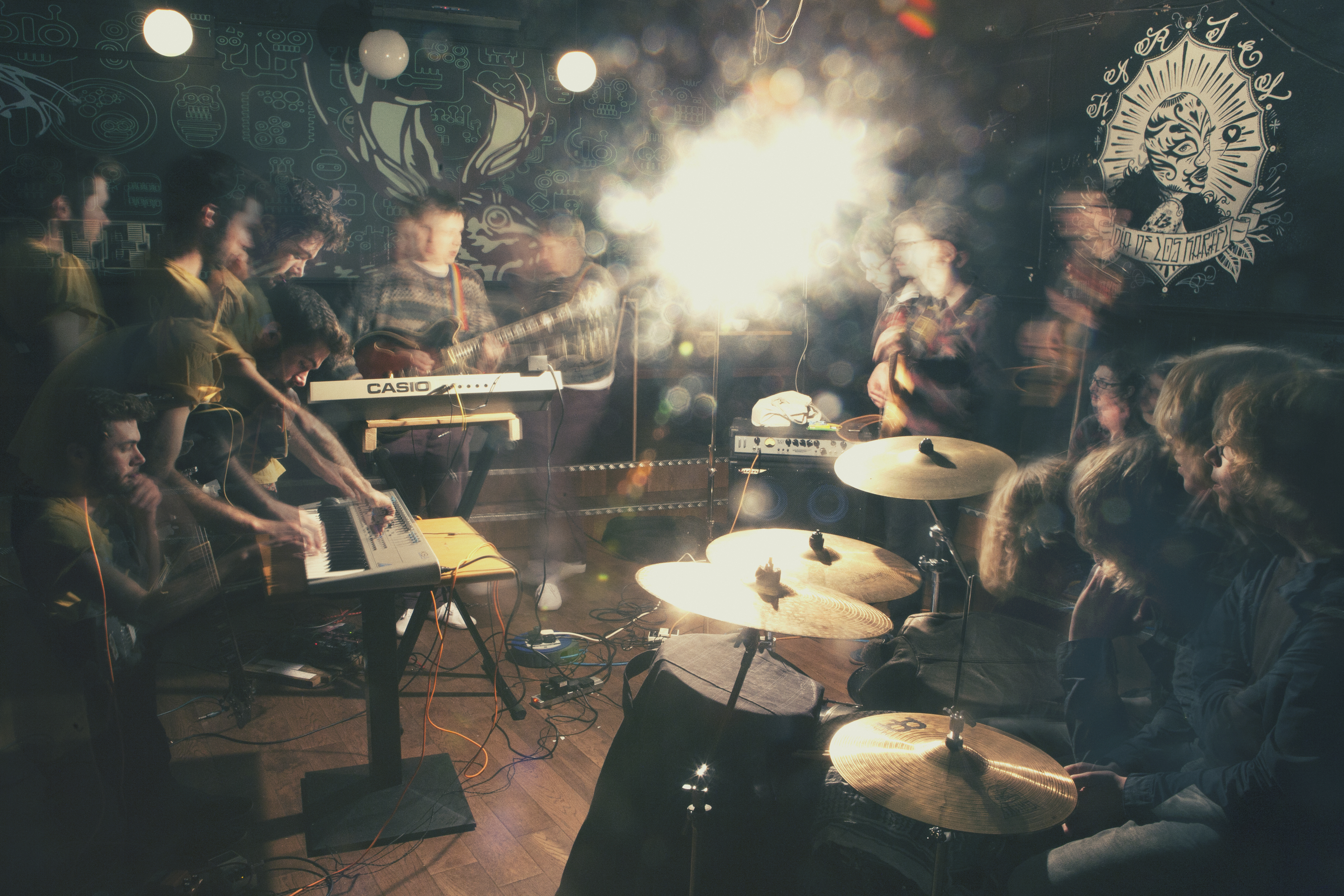 If you’ve arrived at this post after searching for up to date information on Olympic Athletes, or conversely the Pantheon of Ancient Greek deities, then sadly you've come to the wrong place. Really though, if you were searching for news on either of those groups of individuals then you have to stop and ask yourself why. I mean, are they really that interesting? When was the last time Usain Bolt or Zeus wrote a series of unrelentingly massive riffs, or released a series of singles in a Book Club format? Never, that’s when. Basically, what we’re getting at is our Olympians are better than your (take THAT London 2012/Ancient Greece) and it follows, therefore, that you should categorically be more interested in news on the math-rock quartet from Norwich than anything you were previously interested in. Which is great, because as it happens we have some news on those talented lads right the fuck here:

Remember that launch show that we're putting on in London next month with The 405? You know, the free one with the great line-up? At The Old Blue Last? Yep, that one. Well, to tie in with that show the 405 kindly agreed (or possibly foolishly agreed) to run a few features on each of the bands playing in the build up to the launch, as a bit of an introduction to any virgin ears/minds out there who might not be that familiar with any of the bands playing the show, or indeed us as a label. To start off, we got Olympians and Kutosis to interview each other, which served the dual purpose of providing an in-depth insight into each band’s feelings on such controversial issues as "do you like sandwiches?" and "which ones specifically?", as well as helping them to get to know each other a little better before their UK tour together in May. Both interviews are up on the 405 site now:

Ahead of the second single in the Olympians Book Club series, which we'll be releasing in May, the lads will be uploading a remix-a-day all next week for your listening to pleasure, which will be available to stream on their Bandcamp. Just to rub it in, Book Club members have already heard all these (and in addition received an exclusive download of all the remixes sent straight to their inbox) - a fact that hopefully they’ve lauded over you for the past week as per our instructions. If their constant barrage of abuse and gratuitous boasting has worked its magic, and you’re keen to get your hands on the downloads of the remixes too then never fear – new subscribers will get all those as well, plus the first Book Club single, and of course anything we release through the Book Club going forward. In short, THERE’S STILL TIME. Keep your eyes peeled on the Book Club section of their bandcamp HERE, where we’ll be uploading all the remixes next week.