Seeing as we have plenty of goings on in the Barely Regal camp that we’ve yet to mention, you will be treated today to an update of mammoth proportions, with news of upcoming releases, tours and whatnot. Don’t expect much in the way of blog posts for a while after this one, because I think as soon as this is up I’ll be locking myself away with a thesaurus, having pretty much used all of the words I know writing this. Many of them multiple times. Can anyone teach me English? 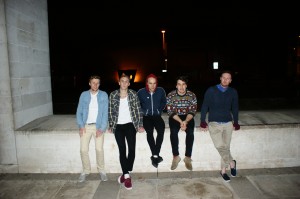 (In case you'd forgotten we're both in Among Bro's, here is a photo of us sat on a wall looking pensive). We expected to have a busy summer with Among Brothers (following intesive planning/scheming earlier in the year), but we never in our wildest dreams expected it to be THIS busy. For starters, thanks to incredible support of BBC Introducing Wales we've been lucky enough to be selected for Radio 1's 'Introducing Slot' for this week, meaning we're playlisted on Radio 1 for a sweet seven days (!!!), and will be played on the following shows: Monday:            Fearne Cotton (10am-12.45pm) Tuesday:           Scott Mills (4-7pm) Wednesday:      Dev – early b’fast (4-6.30am) Thursday;          Greg James (1-4pm) Saturday:          Huw Stephens (1-4pm) Sunday:            Edith Bowman (7-10am) Nick Grimshaw and Annie Mac (10pm-midnight) Mind = blown. As well as that, because we're having difficulty adjusting to life-after-tour, we've decided to just...er, not adjust, and have got another tour booked already for this September, including some dates up North where we've yet to venture in terms of shows. The first list of dates are up here if you're interested, make damn sure that we'll be using this as an opportunity to see the friends we have around the country that we hardly ever get to see. AND, for those of you who've already seen us play our debut EP 'Homes' god knows how many times, you'll be glad to hear that we already have some new material we're working on which with any luck will be debuted on the tour. 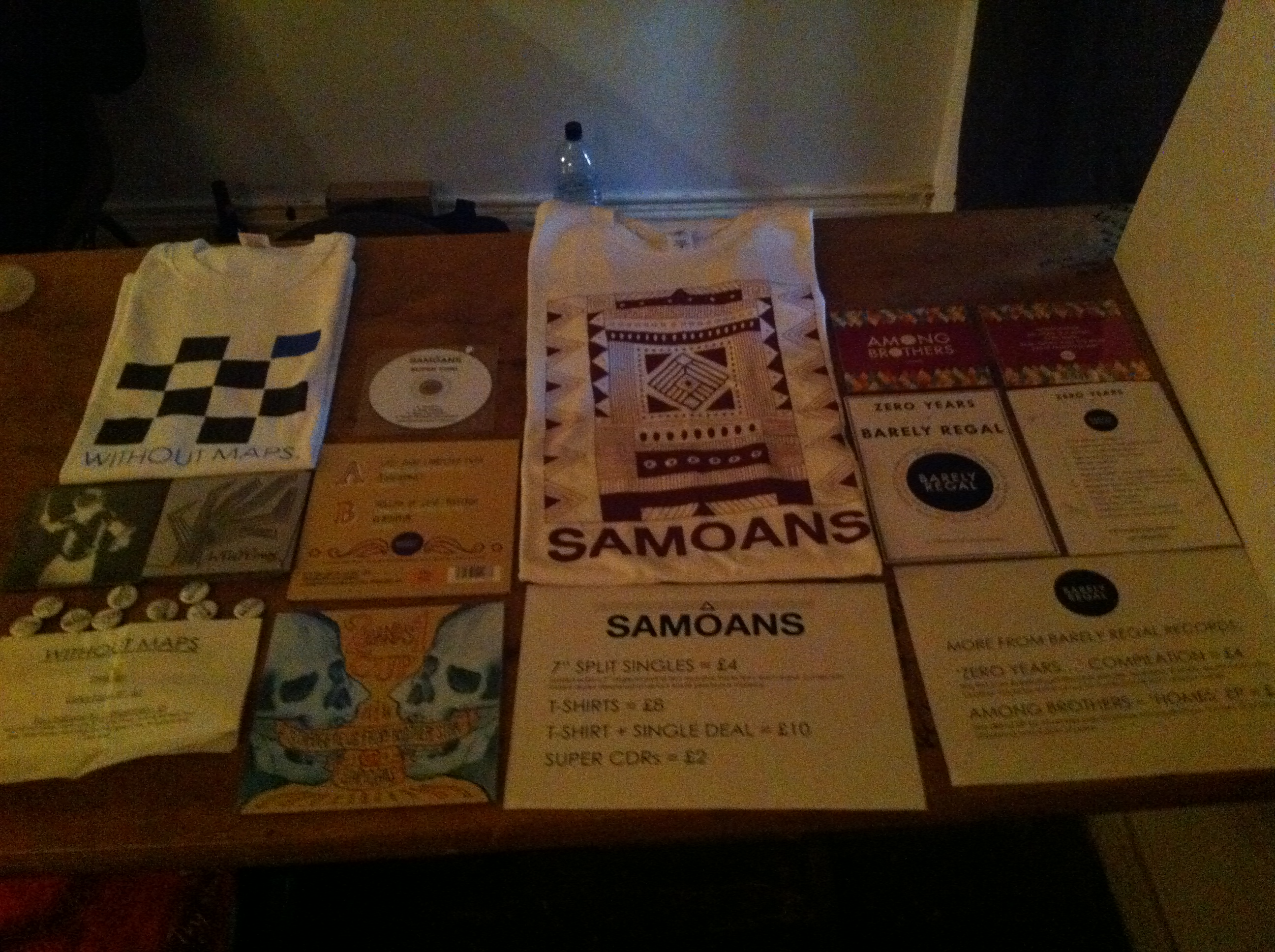 Because we like to see our friends playing outside of town (and free rides to shows where we’ll helping with merch are always a bonus), we’ve been booking a bunch of shows for Samoans and Without Maps in our neck of the woods. The excellent 49s Vs Dolphins records (which is actually run by members of Without Maps) booked up some shows up North too, so between our twin efforts we’ve actually managed to cobble together a relatively decent set of dates. Here’s the full list of dates for the Southern leg of the tour: Thursday 16th June: Samoans/Without Maps/Oui Messy at 10 Feet Tall,Cardiff (FREE SHOW). Friday 17th June: Samoans, Without Maps + others at Orchard Fest 2011 Saturday 18th June: Samoans, Without Maps, Into the Morning at 2 Pigs,Cheltenham Sunday 19th June: Samoans, Without Maps and Ravachol at TheLouisiana,Bristol Aside from the fact this means that there are plenty of opportunities to catch both bands in the very near future if you’re a Southener/South-Walian, there are several additional great things that have arisen out of the tour: Firstly, Samoans have been on the band admin this week HARD in preparation for tour, and uploaded pretty much their entire back catalogue to their bandcamp, including early demos, previously unreleased tracks, and their excellent BBC Introducing session (in case you missed it when it was aired back in May). The best thing about this is that you can now hear physical proof (in the highest possibly quality) of how much they’ve successfully honed and developed their sound over what is a relatively short period of time for most bands. Oh, and the fact that you can download 90% of their back catalogue for free is not to be sniffed at either. If you can’t make it to any of the shows this weekend maybe you can sit at home and listen to them all to recreate the experience. Secondly, another split single release featuring Samoans has emerged, this time a double A-side tape with one track from Without Maps and the previously unreleased ‘Brothers/Blisters’ by Samoans. Released by 49s Vs Dolphins, a super-limited edition run of the tapes will be available exclusively at shows on the tour. And when we say limited, we mean limited – there are only 20 of these in existence, owing to the fact they all come with handmade card cases with MOVING BLOODY PARTS. Check ‘em out: 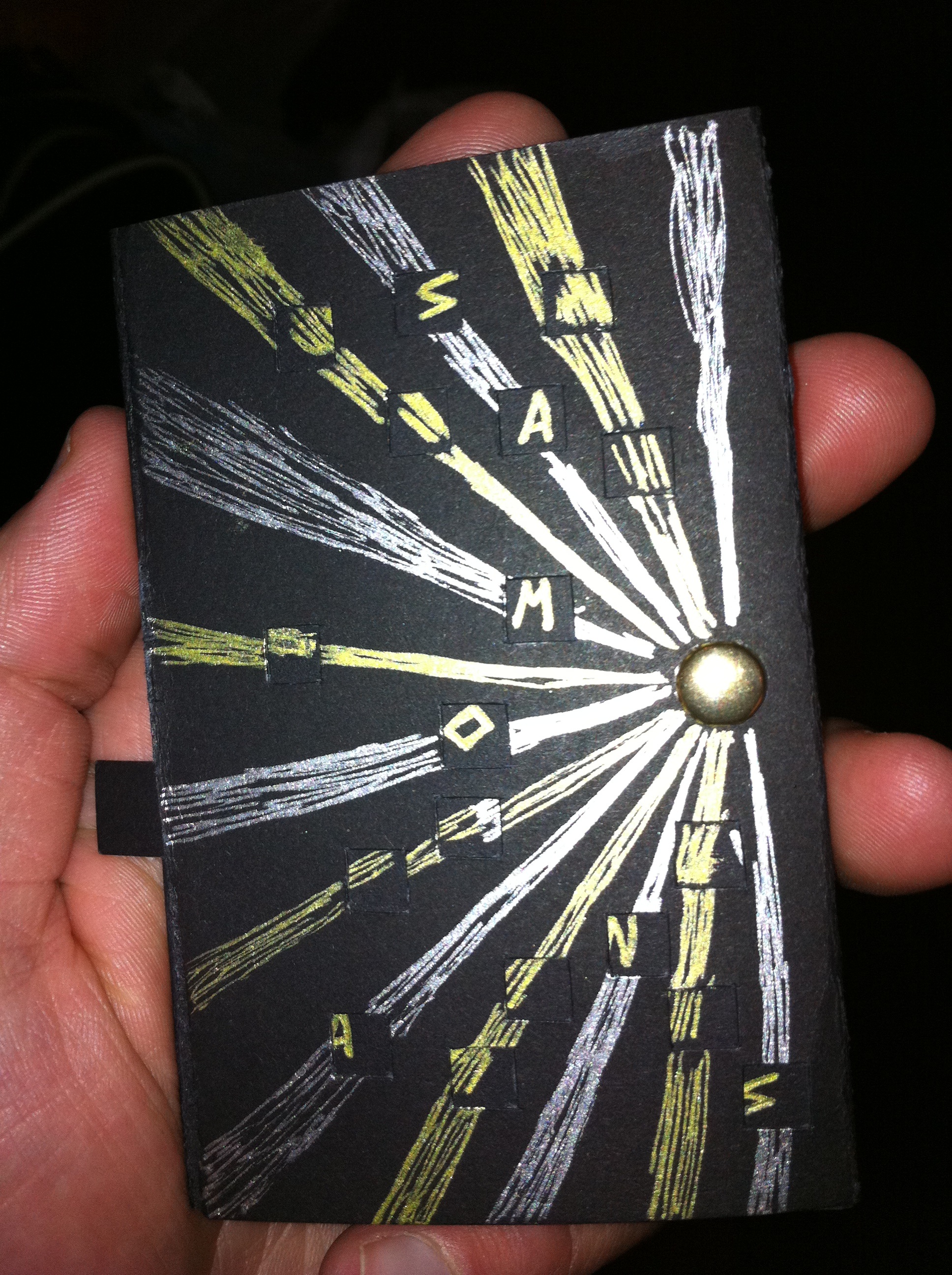 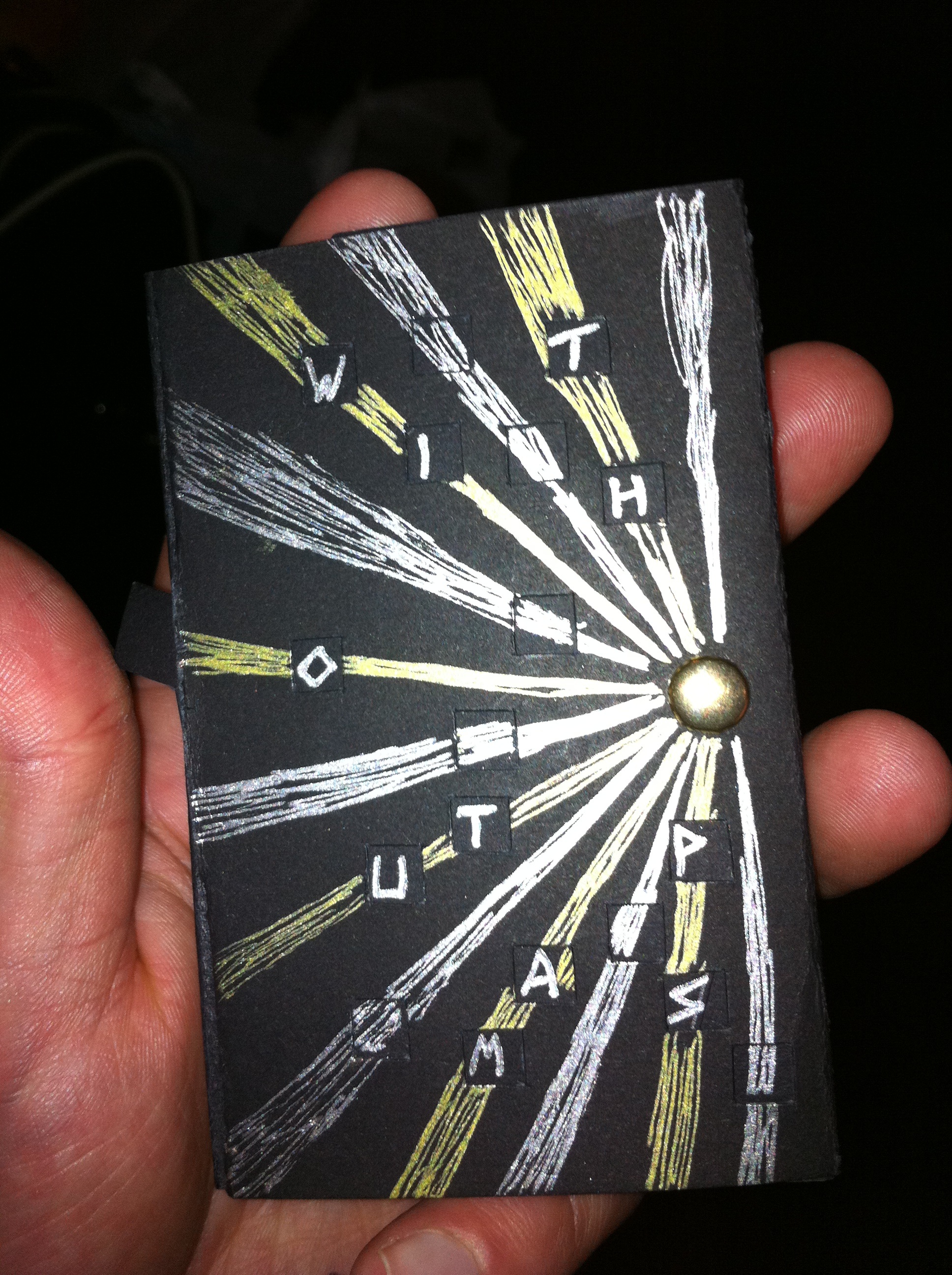 Once they’ve sold out, that’ll be it, potentially forever (I imagine after you’d taken the time putting 20 of those you’d probably never want to see scissors and glue again), so getting down early to get your hand on a copy is advisable.

I think this must be at least the third time we’ve used the pun ‘Nutosis’ (and that’s not even counting emails/general conversation), but it seems all the more poignant now we can officially announce that our next release will be the brand new single ‘Shadows’ by Kutosis, taken from their forthcoming (ridiculously brilliant) album 'Fanatical Love'. Having seen the songs come together in recording back in August, it’s pretty exciting, nay, an honour, that we’re getting to release the first of those tracks to see the light of day. While the single is going to be a primarily digital release (our first foray into that digital-only releases, in fact), there’ll be an extra special run of tape copies that will be available only at shows, with artwork and handmade cases by Adam Chard. Here’s a sneak preview of the prototype: 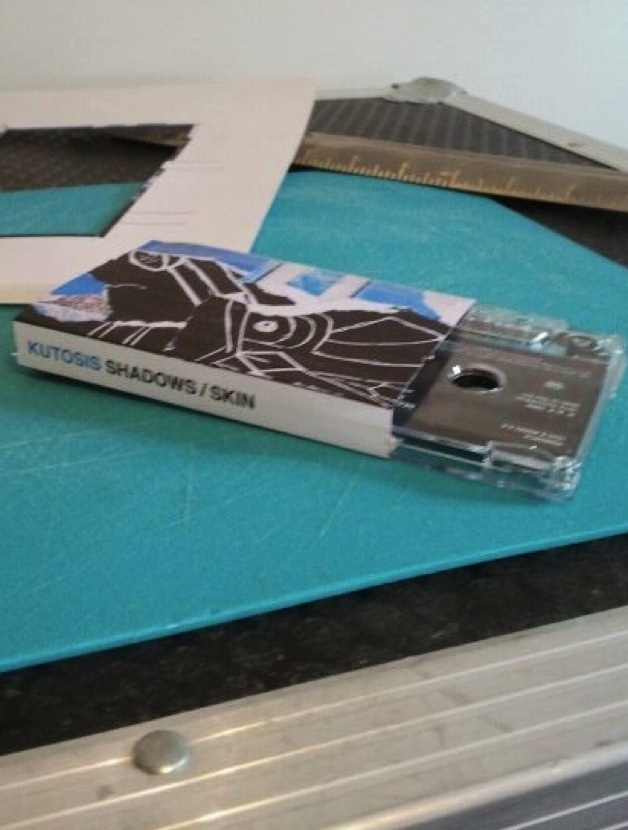 Pretty neat, huh? Aside from that, we’re already planning releases and tours for October/November time, and our inbox overfloweth with correspondence and plans for exciting stuff even beyond then. In fact, we’ve pretty much got the rest of our 2011 planned in terms of times and finances. Roll on 2012!